Writing, books and a bit of my life 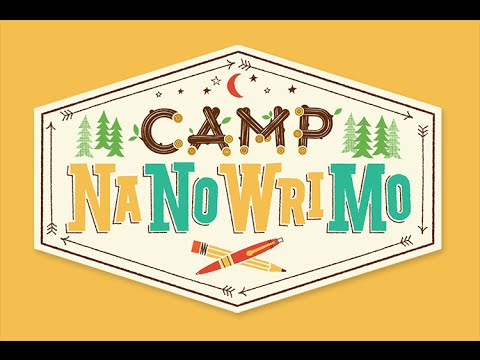 In July I participated in CampNaNoWriMo. CampNaNoWriMo is the summer event of NaNoWriMo, short for National Novel Writing Month. It is an event I have participated in for a few years already. In November I try to write 50.000 words. For Camp you can also write 50.000 words, but it is also possible to change that goal to something that suites you best. I chose for the normal 50.000 this year, but sometimes I take a lower goal or I try to write an amount of minutes instead of words.

This year I worked on a new story. I wanted to write in a new genre: mystery. I was very excited to start. I watched Miss Fisher’s Murder Mysteries a lot in that time and I was very excited to dive into the new type of storytelling. It was really fun, but then the month started to catch up with me.

In the end of July I got my very first own apartment. It is a joy and a blessing to have my own place, but it led to a lot of work in the apartment itself. Painting the walls, laying the floors, moving the furniture to the new place. It was a lot of work and there were a lot of decisions to make, so…. I stopped writing.

And with getting my apartment I also started vlogging my process while writing. Of course this took a lot of time and work, because I wanted to do it right (which led to me filming things a lot of time and working for a lot of time on the editing process) and that took away time from really writing. That was a little sad, but I also enjoyed this very much. Maybe I will do this again later.

So in the end I wrote a total of 25.489 words. I am okay with that. I mean, it was summer after all. There were new developments and at least I wrote more than nothing. I enjoyed working on this new project. It is something different than the story I have been working in for a few years already. So it was cool writing in July. At least I will try again in next November. Will I see you again?

This site uses Akismet to reduce spam. Learn how your comment data is processed.

Theme by Anders Noren — Up ↑